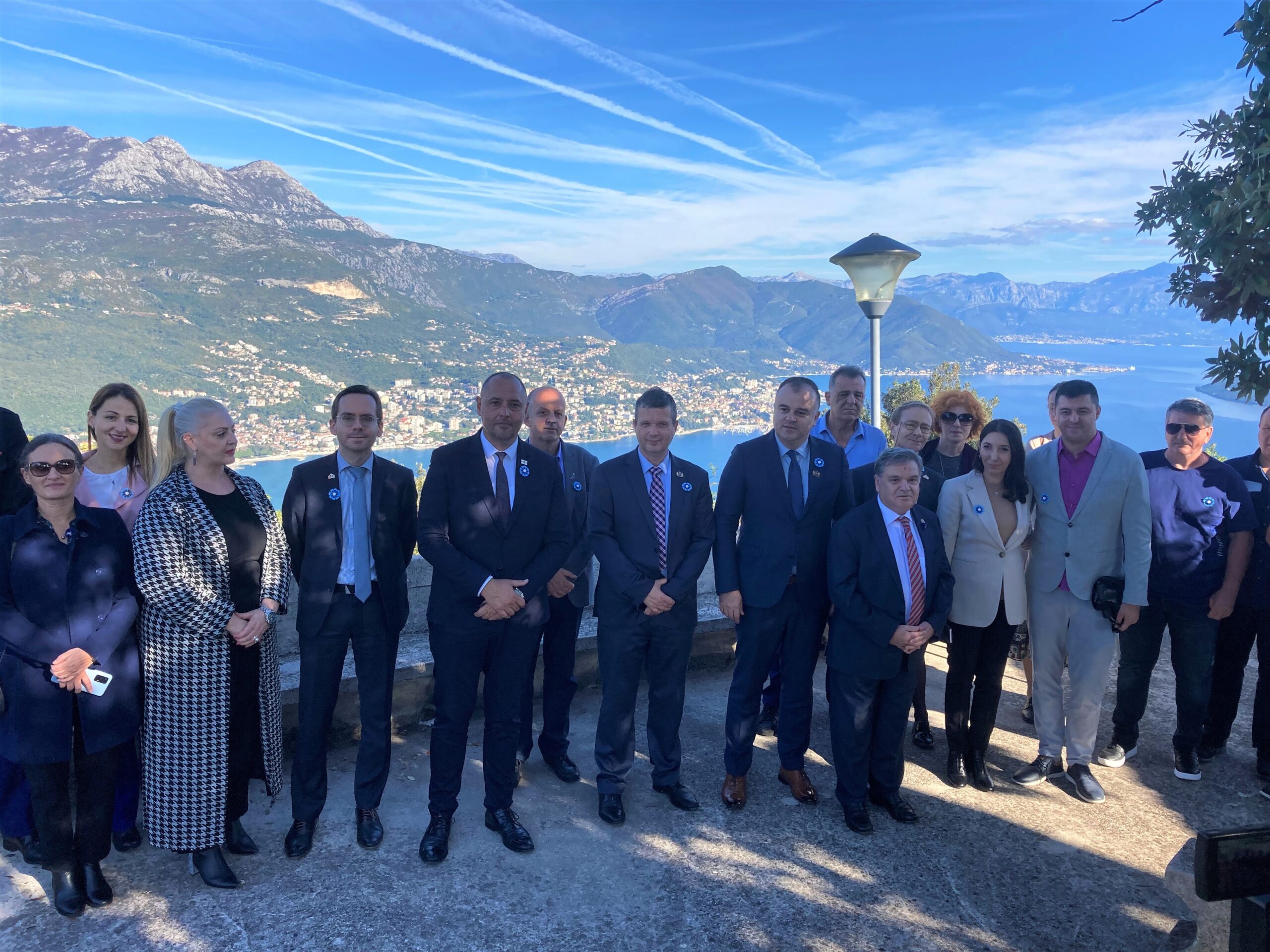 The French Ambassador to Montenegro, Christian Thimonieron 11 November 2022 on an official visit to Herceg Novion the occasion of World War I Armistice Day. He spoke with the President of the Municipality Stevan Katic and his collaborators on the cultural links between France and Montenegro, and then laid wreaths at the monument to French soldiers in Ilinica,

Ambassador Thimonier said he was touched to be able to remember, in a place of exceptional beauty, the French soldiers who died in the Napoleonic wars in Boka Kotor, as well as all those who died in other conflicts.

"This place bears witness to what Montenegro can give and bring to Europe: loyalty to its history and a shared sense of beauty, all in the service of freedom. 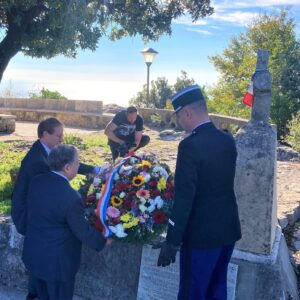 He stressed that the French Embassy will continue to support cultural events, notably through cooperation with the local Francophone association " Future" .

"Keeping in mind our roots, we will build a Europe of culture on this basis, but also a Europe made of all the other connections, like economic and social connections. (...) There are connections that we intend to build with the city of Mandelieu in France, which is the 'sister' city of the Mimosa Festival in Herceg Novi," said Thimonier.

The President of the Municipality of Herceg Novi, Stevan Katic, expressed his satisfaction with the continued cooperation with the French Embassy, in which the tradition of celebrating Armistice Day in Ilinica was renewed. He stressed that the key topic of today's conversation was culture, and that several projects were recognised that could be the basis for a partnership in 2023. One of the opportunities announced was the participation of the Embassy in the Mimosa festival as part of a day dedicated to French culture, as well as in other important festivals in Herceg Novi.

"We are continuing our intensive cooperation. We have implemented everything that we agreed upon during His Excellency's previous visits, including Herceg Novi's membership in the European Federation of Napoleonic Cities. We are the first city in Montenegro to become a member of the FederationWe are already working on joint projects and ventures and we hope that their next conference will be held in Herceg Novi within two years. We have also started cooperation with a French town that also has a holiday in honour of the mimosa, and we have already received an invitation to come for an official visit at the beginning of February," said Mr Katic.